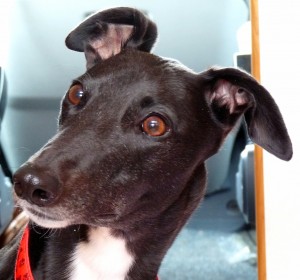 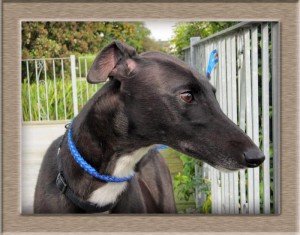 What an eventful day!

Chris and Penny have a nice big photo in the South Wales Evening Post today – the very same newspaper that Dylan Thomas cut his teeth writing for.  There is a lovely article by Kate Clarke about how they got involved with greyhound rescue, about their own greyhounds and their foster dogs.  As well as talking about rescuing hounds, it also mentions the jam and glass making.  The main point behind the piece is to launch the new weekly column Chris has been given in the on-line South Wales Evening Post, nominally titled “Greyt Expectations”, in which Chris will keep everyone updated on Penny’s adventures, as well as the world of the Crafty Dog industry, making glassware, jams and chutneys, writing and promoting the books, and generally letting everyone know how great rescued greyhounds are.  There may also be some hints about the new books planned – Penny’s story “In for a Penny, In for a Hound” and the further adventures of Rubbish, The Largest Rabbit.

Chris told us ,”To be in the paper is a wonderful opportunity for us to promote the world of greyhound rescue and make people see what wonderful companions they make.  It will also allow people to keep people informed on our latest range of jams and chutneys which are proving so very popular across South Wales!”

Here are the Crafty Dog Blog Pages, or further down are the links for Foodie Posts, Tales from Crafty Dog Gardens or Children's Stories Visit Our Main Blog

Click here for our Tales from Crafty Dog Gardens Blog

Click here for our Blog Pages for Children's Stories